Myreton Motor Museum was founded in 1966 by Willie Dale and has a large collection exhibits such as cars, bicycles, motor cycles and commercial vehicles dating from 1899. There is also an interesting assortment of period advertising, posters, enamel signs, and toy vehicles.

You can find out more about this motor museum here, check opening times, location and admission details.

We look forward to welcoming you in and showing you around!

Myreton Motor Museum was founded by Willie Dale, whose love and knowledge of motor cars gave rise to an ever expanding collection. Willie collected motoring memorabilia and old cars throughout the fifties, sixties and seventies – saving many wonderful models from certain destruction. 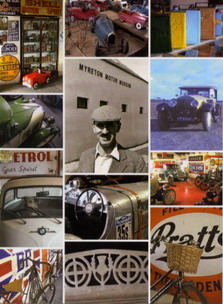 He soon outgrew the farm sheds at Lochhouses Farm, and in 1966 he purchased cattle courts at Myreton and turned them into a museum. Many of his treasures are still in the family today and on display, along with other much younger models.

From its opening in 1966 until his death in 1999 Michael Mutch was curator and looked after the collection, whilst maintaining his own military vehicles – now no longer at Myreton.

Below is an opening day photograph taken in August 1966 with Willie, Kathleen, Anne, Mary, Cynthia, Robert and Alec Dale in the Bullnose Morris Oxford (1925). This car was later made famous as Dr Cameron’s car in TV series, Dr Finlay’s Case Book. 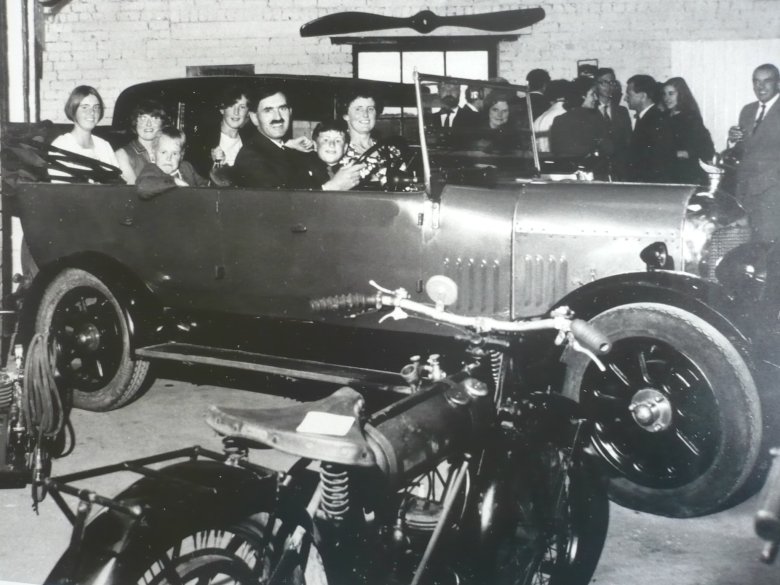 Mary, his daughter: “As a child, in the fifties and sixties I have memories of my father returning regularly with yet another ‘old wreck’ on the back of the trailer. For many months he would be in his garage each evening working on restoring the vehicle to full running order. It was a labour of love. ”

We are located between the seaside towns of Aberlady and Gullane, in East Lothian, approximately 30 minutes east of Edinburgh.

A few reviews visitors kindly left in our Guest book 🙂 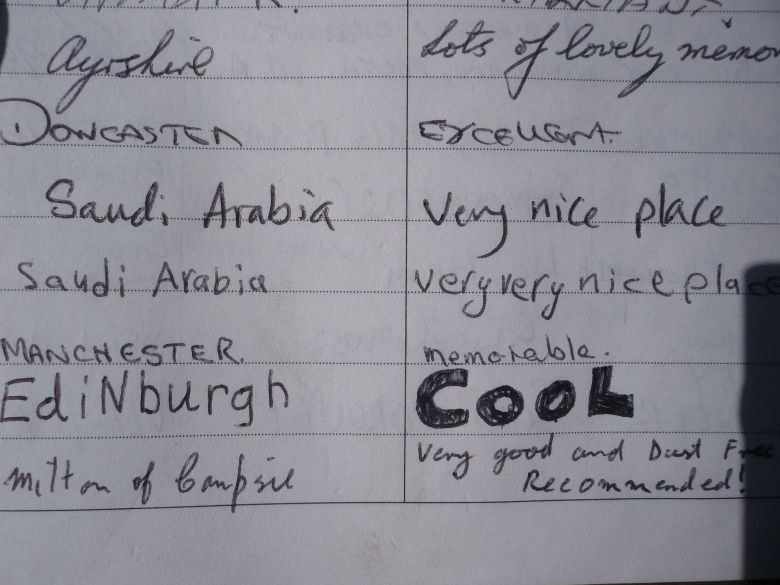 Or check out Myreton Motor Museum on TripAdvisor

If you wish to find out a bit more, please get in touch.

Or, email us with this form:

We use cookies on our website to give you the most relevant experience by remembering your preferences and repeat visits. By clicking “Accept All”, you consent to the use of ALL the cookies. However, you may visit "Cookie Settings" to provide a controlled consent.

This website uses cookies to improve your experience while you navigate through the website. Out of these, the cookies that are categorized as necessary are stored on your browser as they are essential for the working of basic functionalities of the website. We also use third-party cookies that help us analyze and understand how you use this website. These cookies will be stored in your browser only with your consent. You also have the option to opt-out of these cookies. But opting out of some of these cookies may affect your browsing experience.
Necessary Always Enabled
Necessary cookies are absolutely essential for the website to function properly. These cookies ensure basic functionalities and security features of the website, anonymously.
Functional
Functional cookies help to perform certain functionalities like sharing the content of the website on social media platforms, collect feedbacks, and other third-party features.
Performance
Performance cookies are used to understand and analyze the key performance indexes of the website which helps in delivering a better user experience for the visitors.
Analytics
Analytical cookies are used to understand how visitors interact with the website. These cookies help provide information on metrics the number of visitors, bounce rate, traffic source, etc.
Advertisement
Advertisement cookies are used to provide visitors with relevant ads and marketing campaigns. These cookies track visitors across websites and collect information to provide customized ads.
Others
Other uncategorized cookies are those that are being analyzed and have not been classified into a category as yet.
SAVE & ACCEPT